Getting closer and closer to the release of .NET Core 3.0 and Orchard Core RC! What do we need to ship the new version and what are the newest features of Orchard Core? Find out now!

In SQL server it was not working correctly if you pass the parameter as the limit value. You can do SELECT * FROM FOO @limit, where the @limit is the parameter. That will be converted to SELECT TOP @limit FROM FOO in SQL server, but that doesn't work. When you use a variable like this it needs parenthesis.

Now every time when we render it in YesSQL, it's in parenthesis: SELECT TOP (@limit) FROM FOO.
You can also find a xUnit test in the SqlParserTests.cs file, where the parameters of the InlineData attributes are also using parenthesis.

Now if you want to update the ContainedContentTypes of the Container Part then you can do that. Before that, if you add a type it removes the old one. Now you can choose to merge it with the existing one.

The documentation used the JSON highlighting for the GraphQL queries, which is the closest to a GraphQL query, but it's wrong. It could show some wrong colors, so now it's just doing nothing. A GraphQL query is not a JSON payload, just the result of the query. 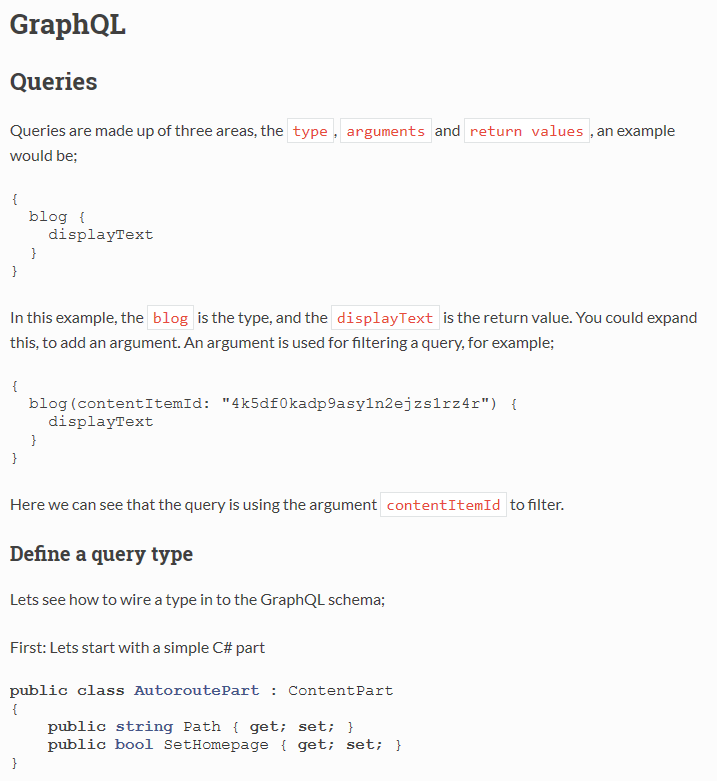 There will be the .NET Conf next month, which is a 3-day virtual developer event co-organized by the .NET community and Microsoft. Sébastien is submitting a talk about Orchard Core modularity and multitenancy. We hope that he will able to get a talk! 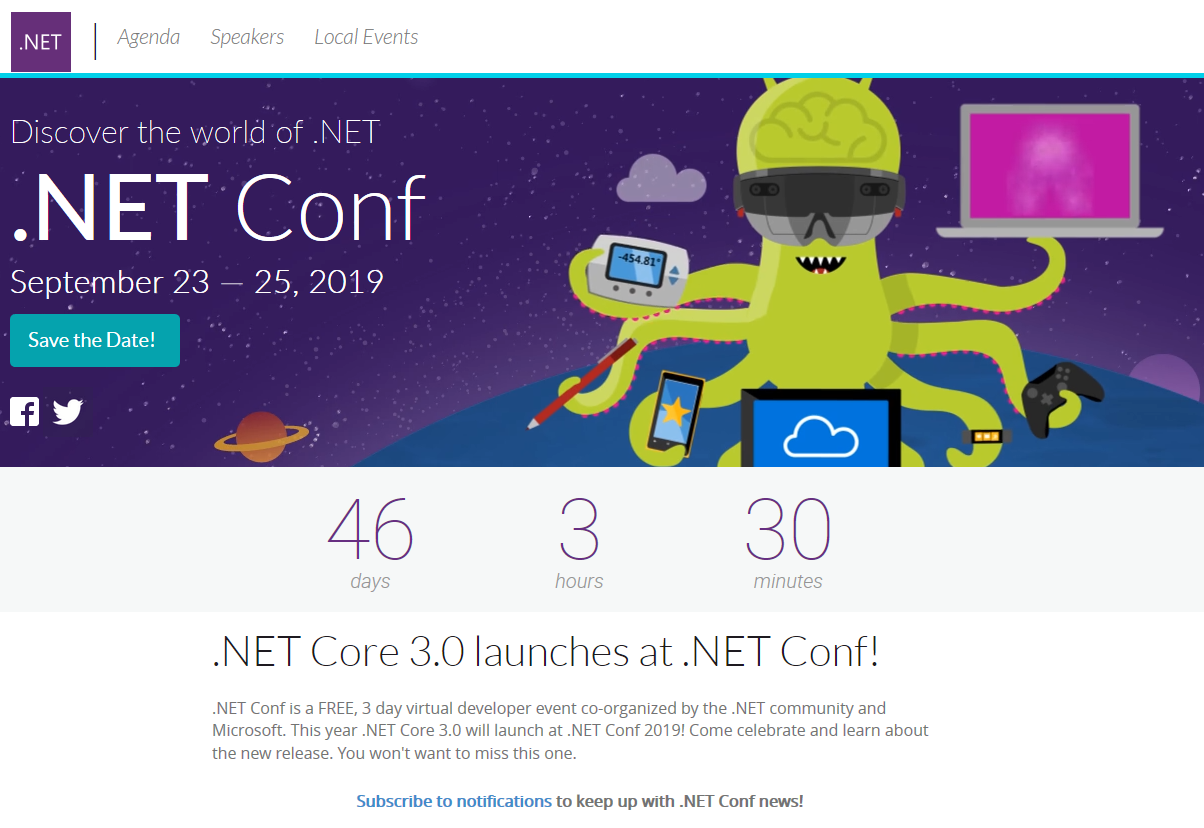 On these days they launch .NET Core 3.0, which is the 23rd of September. A plan is to ship Orchard Core RC on the day after the .NET Core 3.0 and the builds are available. Upgrading an Orchard Core site that using .NET Core 2.2: it's non-breaking in terms of database or recipes and everything. We are just upgrading the APIs from 2.2 to 3.0. So, in theory, if we take a site that has been built with 2.2 and we just upgrade to the branch that using 3.0, then it should not change anything. The only thing it should change hopefully is the performance of the site because .NET Core 3.0 is much faster and use less memory than 2.2. The image of .NET 3.0 will also be available on Docker.

To ship Orchard Core RC, we only need to have finalized all the things for localization. We have most everything we need, instead of the field syncing. Let's have a look at our Roadmap! 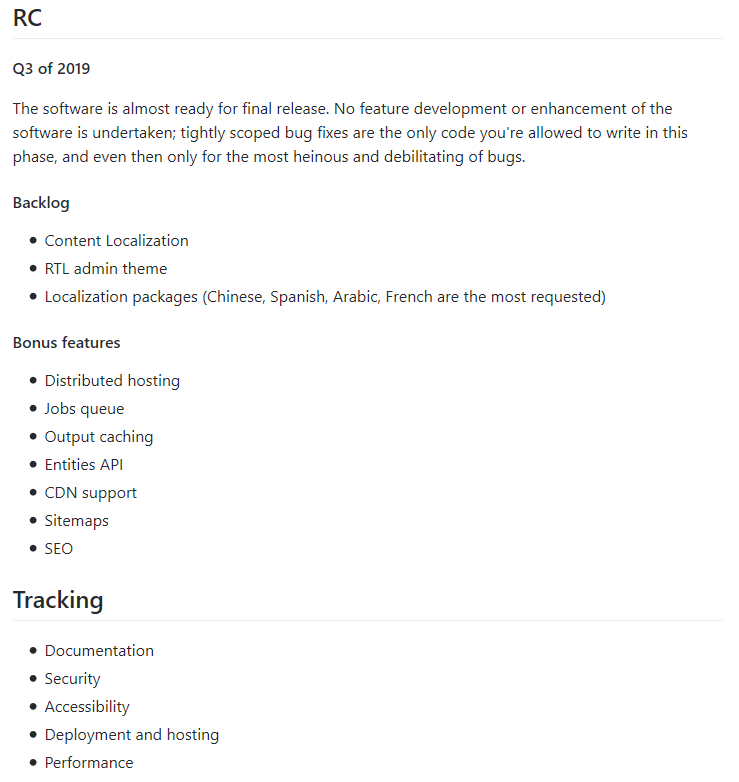 You can see that everything is implemented from the backlog. Adding more localization packages will not be that hard, the repositories are already done for these packages. And we have PRs for almost every bonus features that listed in the roadmap. We also need to focus on every issue in GitHub that marked for RC and has a priority tag on it.

Patient Access connects you to healthcare services when you need them most. Book GP appointments, order repeat prescriptions and explore your local pharmacy services. 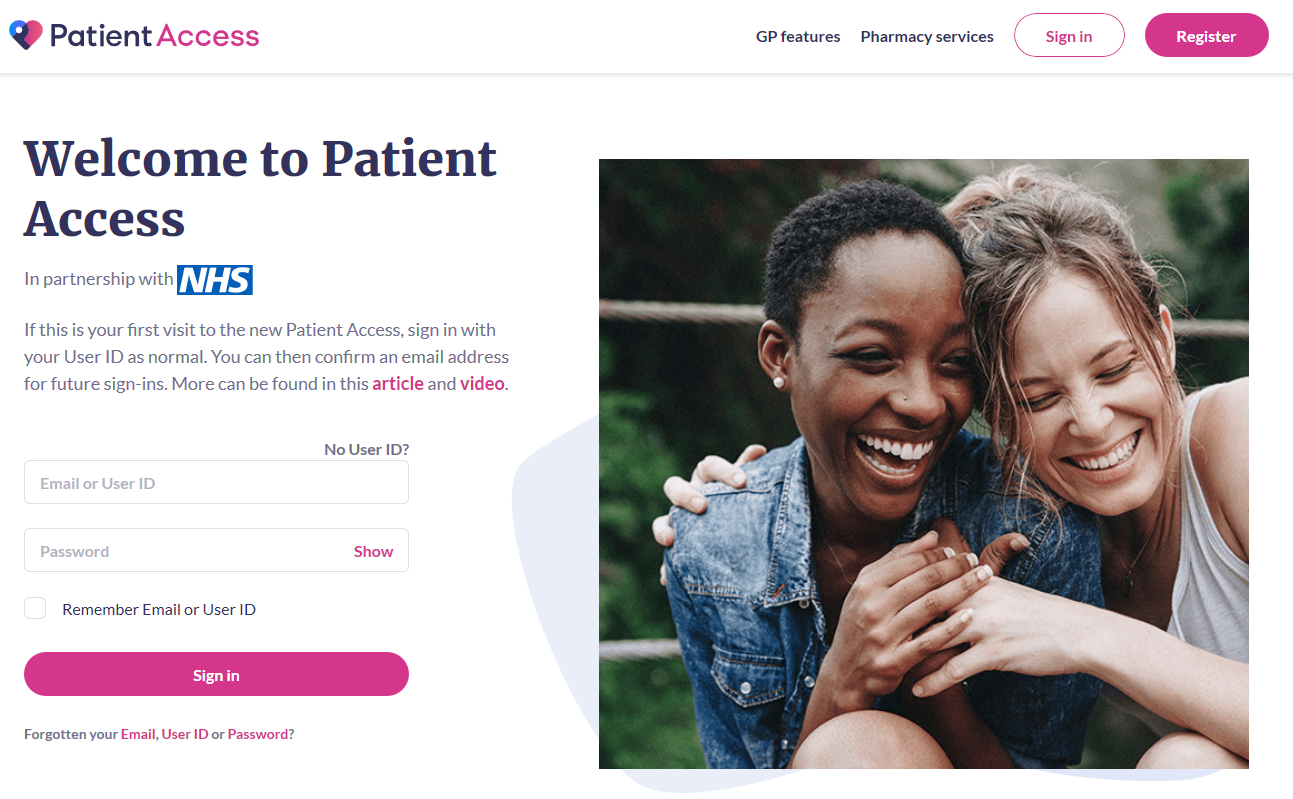 This site is running on Docker for Linux on Azure as an Azure Docker Service on Linux. It's based on GraphQL. For example, when you navigate to Pharmacy services and searching for healthcare services, then it's GraphQL. If you search for Hay fever treatments and using S66 as the postcode, the results that you got is returned by GraphQL.

If you are interested in more websites using Orchard and Orchard Core, don't forget to visit Show Orchard. Show Orchard is a website for showing representative Orchard CMS (and now Orchard Core) websites all around the internet. It was started by Ryan Drew Burnett, but since he doesn't work with Orchard anymore, as announced earlier it is now maintained by our team at Lombiq Technologies.

Now we have 88 subscribers of the Lombiq's Orchard Dojo Newsletter! We have started this newsletter to inform the community around Orchard with the latest news about the platform. By subscribing to this newsletter, you will get an e-mail whenever a new post published to Orchard Dojo, including This week in Orchard of course.