This week you can read about hiding the "New" option from the admin UI if they are not authorized to edit, changing the content of the built-in recipes, and a demo about a UI testing PoC with the Lombiq UI Testing Toolbox! Are you interested in the details? Check out this post for more!

Hide the "New" option if they are not authorized to edit

If you have a list content type (e.g., Blog) with the contained type (Blog Post) and the user doesn't have Edit Blog Post permission, they still see the New Blog Post button on the Blog editor. Note, that the user has permission to edit the Blog. And it was a bug that could be reproduced by just following some simple steps:

The solution was just to similarly to the Content list page authorize the user to edit the types so if they are not authorized to edit, then hide the New option. 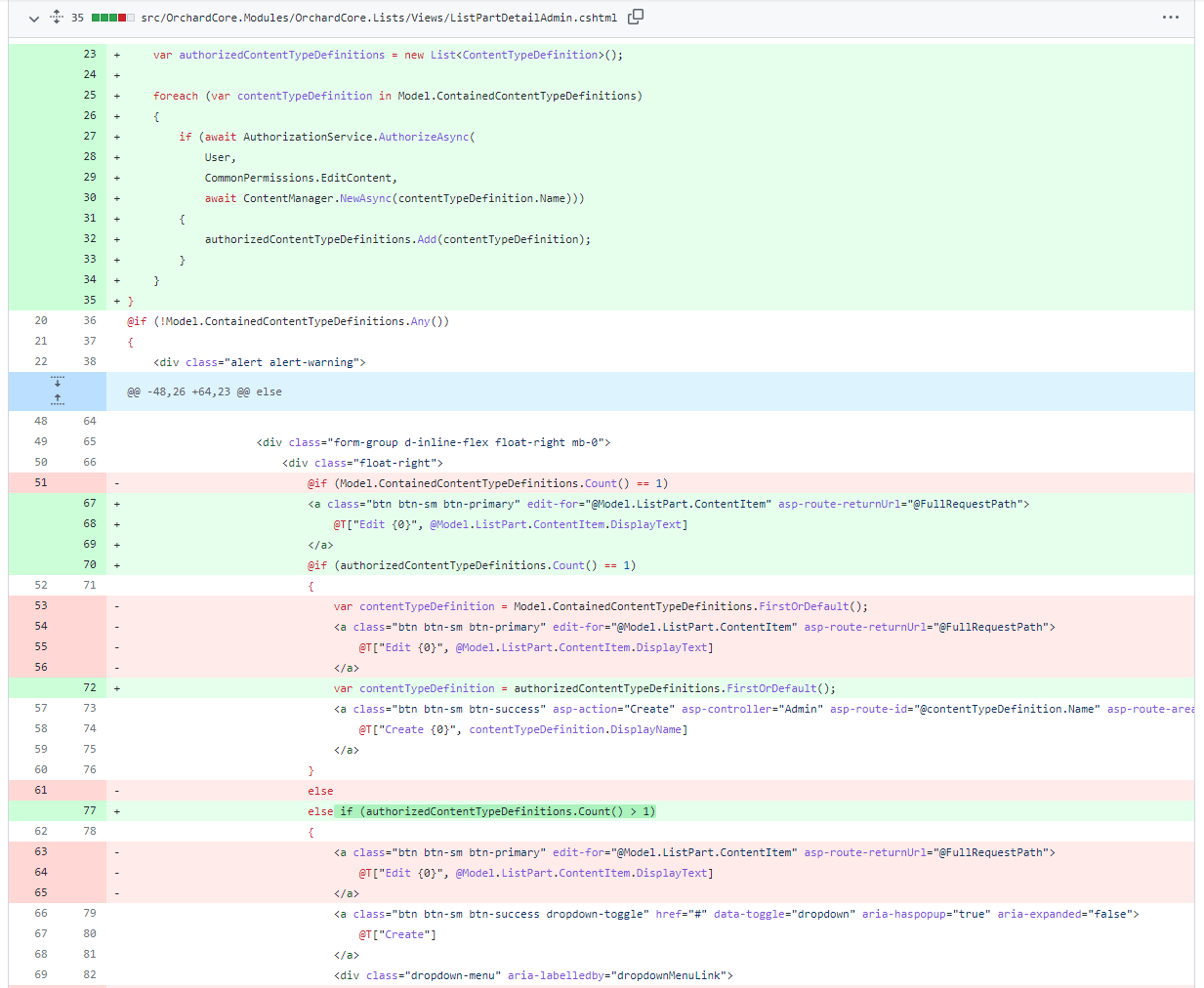 Last December, the community decided to do not to enable the File Content Definition feature by default. And by doing that, the OrchardCore.Contents.FileContentDefinition usage was removed from the Agency and Blog recipes. It's only useful in specific cases, and most of the time you need to turn it off. The same issue is there with the Headless and Blank recipes. Especially for the Blank recipe, there is no reason to include anything apart from the bare bones. The solution was just to remove the OrchardCore.Contents.FileContentDefinition enables a step from the two recipes.

In this demo, we will talk about this particular pull request, which is about a proof of concept. Maybe you have already heard about the Lombiq UI Testing Toolbox, our web UI testing toolbox mostly for Orchard Core applications. Everything you need to do UI testing with Selenium for an Orchard app is here. We wrote about it several times here as well, first when we open-sourced it when we added some Orchard Core Features tests to it, and some weeks ago, you could read about the automated monkey testing feature of the toolbox.

So, what about trying out this toolbox in Orchard itself, and let's see whether it works and whether it can be useful. Of course, we have Cypress tests in Orchard Core, so this will be something with the same goal - not necessarily useful, not necessarily wanted to add - it's a proof of concept. Let's see how it looks!

If you check out the mentioned pull request, you will find a new OrchardCore.Tests.UI project which references the UI Testing Toolbox. It contains a couple of classes, the main point here is the BasicOrchardFeaturesTests one. 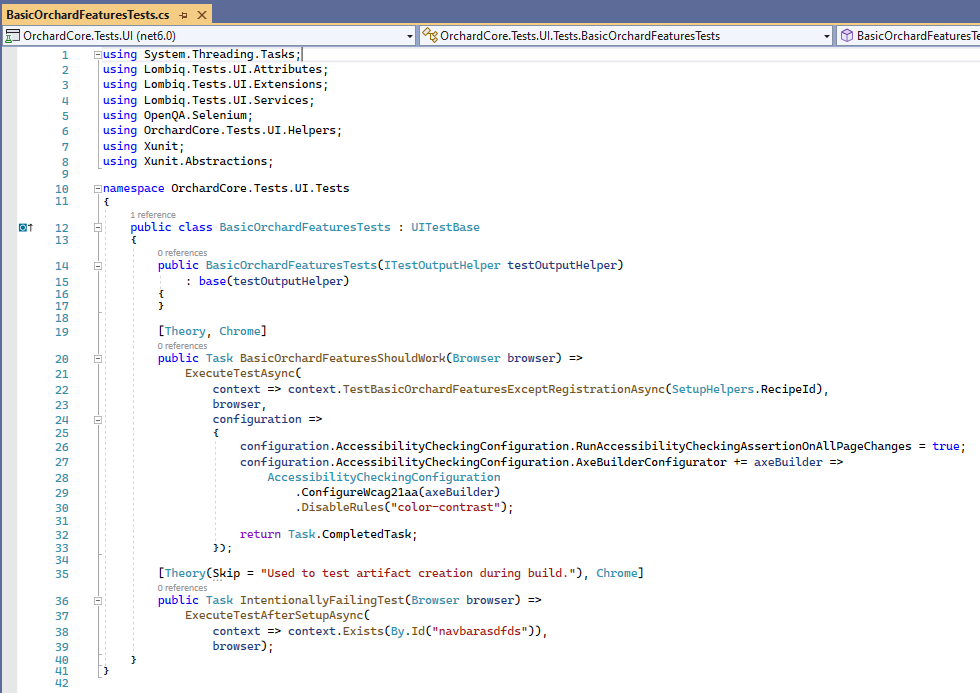 As you can see, this contains two xUnit test methods. The first is just running the TestBasicOrchardFeaturesExceptRegistrationAsync method, which tests all the basic Orchard features except for registration with the Blog recipe. You can specify the recipe itself with several other options like enabling accessibility checks.

The second test is a failing test that you can check out on the CI. It's a usual Dotnet test execution, so you get a test summary in the end. You can see what the test did, and you can find the exact reason why this test failed (because it's cannot find the element by the navbar ID on a given page).

If you go to Summary and check out Artifacts, you can download a file that contains the whole dump of the application with screenshots, HTML output, the Orchard logs, everything that you may need for troubleshooting. And, of course, you can also execute the test from Visual Studio as usual.

The next steps here would be to:

War in Ukraine and Lombiq

War in Ukraine and Lombiq: How does it affect us at Lombiq and what we're doing to help: https://lombiq.com/blog/war-in-ukraine-and-lombiq

Lombiq's Orchard Dojo Newsletter has 238 subscribers! We have started this newsletter to inform the community around Orchard with the latest news about the platform. By subscribing to this newsletter, you will get an e-mail whenever a new post is published to Orchard Dojo, including This week in Orchard of course.

If you are interested in more news around Orchard and the details of the topics above, don't forget to check out the recording of this Orchard meeting!